Breathing your way to better health 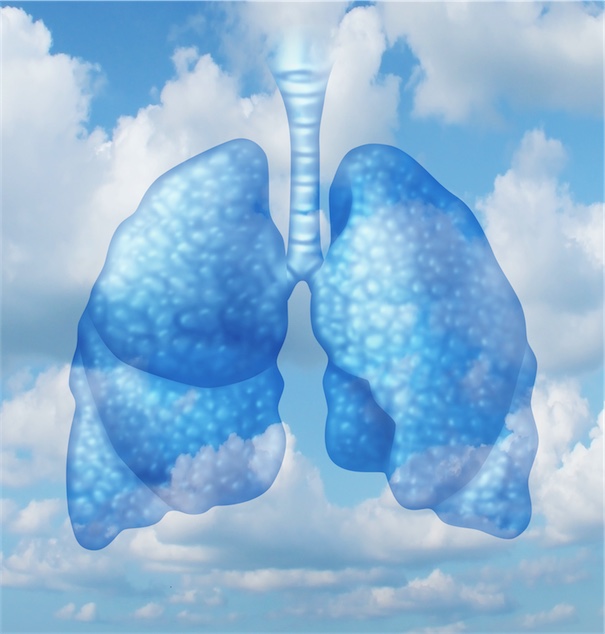 What if I told you there was something you could do right now (and hopefully ARE doing right now) that’s totally free and requires no equipment?

WOW! What is this wonderful thing?

Oxygen is essential for life in an urgent, you’ve got 3 minutes without it before some serious damage gets done, kind of way. (Unless you happen to be one of those highly trained free divers. But don’t try that one at home!)

When it comes to the other life essentials like water and food you’ve got around 3-5 days and 30-40 days respectively before you’re toast.

Breathing (or pulmonary ventilation) is the air exchange between your lungs and the atmosphere. Red blood cells, thanks to a molecule called hemoglobin, pick up inspired oxygen from the lungs and take it all throughout the body, exchanging it for carbon dioxide which is then expired on the exhaling breath 1.

The majority of atmospheric air we breathe is composed of nitrogen (78%) but it’s the 21% of that is essential for us to chemically activate the cellular energy from glucose and fatty acids (breakdown products of what we eat) 2. For those interested in deeper look out the chemistry check out this great explanation by Science Clarified. This energy is required to run all cellular metabolism. Extended oxygen deprivation results in irreversible cellular damage and death. Yikes!

Of all the organs in the body, the brain has the most voracious appetite for oxygen carving up a 25% share for itself. Reduced oxygen in the brain results in a decrease in mental alertness, apathy and poor judgment 3. Good digestion also requires a lot of oxygen and poor breathing can result in bloating, constipation and reduced nutrient absorption 4.

The average person takes over 21,600 breaths per day so you’d think with this amount of practice you’d be a breathing expert. The reality, though, is if you are predominantly an indoor, office dwelling, keyboard warrior you probably suck at it.

Sitting down at all day is not the best thing for many aspects of our health but when it comes to breathing our tendency to slump and hunch our shoulders shortens our front muscles and compresses our lungs resulting in shallow breathing 5. In a modern lifestyle where our nervous systems are predominantly operating in flight or fight mode also rapid shallow breathing 6.

The diaphragm is a dome muscle that sits at the bottom of your lungs and it should be the key player of the breathing muscles performing 75% of the workload. Your ribs (external intercostal muscles) do the rest. When you inhale the diaphragm flattens creating more space in your lungs and when you exhale it returns to the dome shape 1.

What you don’t want for everyday breathing is to be using your neck and shoulder muscles. These accessory muscles should only be coming in to play if you are doing exercise or running away from a tiger! you’re breathing inefficiently and making your massage therapist rich.

If you’ve ever done a yoga class chances are you’ve had instruction in this technique and it is easier to get the idea of it lying down.

Yep! Teach yourself to breathe through your nose.   Your nose has tiny hairs () and mucus that trap small particles, viruses bacteria. If you’ve ever walked around a large city for a day and then blown your nose it’s not pretty and you don’t want that gunk ending up in your lungs.

Nose breathing may also benefit your relationship as it significantly reduces the incidence of snoring 6!

Animals that breathe slowly may live longer. The giant tortoise takes 4 breaths per minute and racks up a 150 birthdays.

This breathing style increases both the oxygen to your tissues and the endorphins – neurotransmitters that reduce pain and stress 10. Good building blocks to a long and healthy life!

If you are breathing with your diaphragm you will naturally be breathing more slowly due to an increased lung volume. There are many different techniques for slow breathing. In I use the 4-7-8 technique by Dr. Andrew Weil. If you want to keep it really simple just breathe in and out for a count of 5 seconds. This gives you a 6 breaths per minute rate and you’re on your way to being a giant tortoise!

Breathing for treatment of health conditions

Deep, controlled breathing is used to support of everything from anxiety to asthma but how much do we understand about the mechanisms? Beyond the empirical evidence of Eastern medicine practices such as yoga, Qi Gong and Tai Chi researchers have started to dig deeper.

How does breathing work?

The mechanism of action is believed to be via stretch receptors in the lungs that activate a cardio-vagal response 15. Huh? This means when your lungs stretch they trigger receptors that activate your Vagus nerve (the major “nerve of calm”) in your body. This sends you away from “fight or flight mode (sympathetic) into ‘rest and digest mode” (parasympathetic). In parasympathetic we reduce of adrenalin, noradrenalin cortisol decreasing anxiety and muscle tension. We send more blood to the digestive system and slow down our heart rate 3,11,16. It sounds like a good place to hang out, and it is. This is where our nervous system should be spending the majority of the time.

An essential part of your health

Respiration is our most essential physiological function that not only keeps our body functioning but also regulates our emotions 6. Being conscious of your breathing technique can reap huge health benefits….and did I mention it’s FREE.

Maybe it’s time you tuned into your breath. I’d love to hear about how a breathing practice has changed your health. Please share your story in the comments below.

Norelle Hentschel is a degree qualified Naturopath and operates a clinic in Crows Nest, Sydney.  She enjoys helping people reach their optimal health.  You can book a consultation with her here.

4 foods to eat if you have high blood pressure

Your 3-step natural approach to give hay fever the flick

A guide on different breathing techniques and their benefits