Balance your hormones, reclaim your life

You’re just not yourself anymore.

You might be tired, depressed, anxious, with brain fog.

Perhaps your periods are painful, irregular or completely absent.

Have you come off hormonal contraception only to have your skin break out in acne?

Modern life is hard for hormones. Unremitting stress, poor sleep, exposure to plastics and pesticides can push hormones off kilter.

In balance, we are Goddesses, out of balance our light and joy are dimmed.

As a naturopath with a special interest in female I’ll help you shine brightly again.

I’m here to help gently balance those hormones and get you feeling like yourself again.

Female health conditions I work with

Ruby** was a woman who had a history of acne since she was a teenager. She had been prescribed the oral contraceptive pill when she was 15 to control it. This had reduced the acne but she was now keen to start a family and wanted to stop taking hormonal contraception. However, she was worried about the acne returning.

The Pill puts the brakes on you have acne. When you release the brake the underlying causes are still there.

Together, we worked out diet, lifestyle changes and a supplement program which we implemented six weeks before coming off the Pill to reduce the impact of rebound acne. This would also be beneficial in her fertility.

Once she had stopped the Pill we added in a herbal tonic to support hormone balance.

When I saw Ruby four weeks after stopping the Pill her skin had broken out and her chin was red. She advised me that this was not as bad as it had been in the past. She was happy with the direction treatment was heading. She also noticed that she was no longer experiencing a drop in before her period.

We adjusted the herbal tonic to include skin detoxification.

At the three follow up her skin was almost clear and the redness had gone. The tonic and supplements were continued for another 8 weeks at a reduced dose and then discontinued.

Ruby now has a healthy daughter and aside from her skin remains clear and healthy.

(**not real name) Results may not be representative all people.

Get the knowledge you need to create your flow, your cycle and nourish your body.

Are you ready for happy hormones? 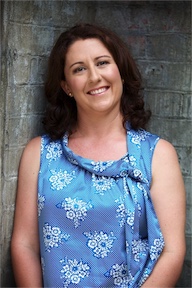 I'm an experienced Naturopath with a clinic in Crows Nest, Sydney. I've helped many people improve their health. I'm ready to help you feel better and regain your energy and vitality.