Herbs and nutrients to prevent migraines 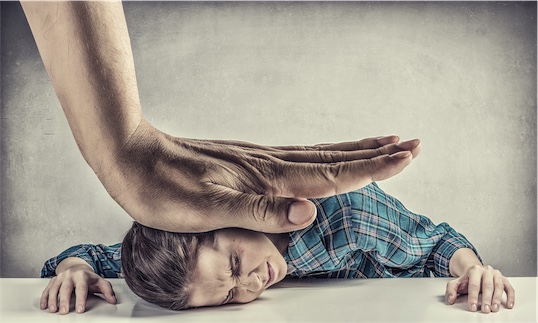 “Migraines – the only time taking a hammer to your own skull seems like an appropriate solution.” Unknown

Any one of the estimated 25% (20% female, 5% male) of the population who suffer from migraines will tell you they are so much more than “just a headache”1. In addition to the skull-splitting pain, migraine sufferers (or migraineurs as they are known to their friends) may also experience extreme light and noise sensitivity, nausea, vomiting and generally feeling pretty ordinary. A visual aura is a feature in some, but not all migraines. The signs and symptoms are highly variable. Migraines usually result in the sufferer being temporarily incapacitated. For Frequent Flyer migraineurs this can have huge impact on their ability to enjoy life and get stuff done2.

The exact cause of migraines has remained elusive and it is likely to be a combination of things in susceptible individuals.

Often there is a strong family history suggesting a genetic component may be involved. This seems to be a higher risk for women 3.

Migraineurs are more sensitive to fluctuations of blood flow in the brain. Blood vessels dilating can provoke an attack and constricting blood vessels can halt an attack 2. This is the reason coffee many benefit some, however, caffeine is a double-edged sword. If you don’t get your fix you can get nasty rebound effects.

Platelets are a key component of blood clotting. Migraineurs have been found to have a unique feature where their platelets more readily attract each other and stick together (aggregate) 4.

The exact mechanism of serotonin’s role in migraines is not yet known. Low serotonin is related to increased pain and also creates blood vessels that dilate and constrict more readily. Serotonin’s influence on blood vessels is more pronounced in females and may explain the 4 times higher incidence 5.

Many women who experience migraines are aware of a correlation between an attack and their menstrual cycle 3.

The mitochondria are cell components that are involved in energy production. Migraineurs have been noted to have less efficient mitochondria than their headache free fellows6,7.

Conventional treatment of migraines involves avoidance of known triggers and pain management. Pain relieving medications are often combined with anti-nausea medications. This can range from simple paracetamol to triptans for severe attacks 8.

Naturopathic treatment is focused on reducing the frequency, duration and severity of migraine attacks rather than relief of acute symptoms. When it comes to severe pain management, pharmaceuticals will be the first across the finish line every time.

Caution: Some nutritional supplements and herbal medicines can interact with other medications or aren’t suitable for use in pregnancy and breastfeeding. Please be smart and talk with a suitably qualified professional before starting any new treatments.

Although muscular tension is not in itself a cause of migraines, it can increase the severity of them, so address any body alignment issues and implement lifestyle habits that release muscle tension. A large contributor to shoulder and neck tension in the modern world is poor posture while sitting at a computer so ensure you’re ergonomically compliant and take regular stretch breaks 1. I like to use  Tomato Timer to get me moving every 25 minutes.

Avoiding any known food triggers is a key part of a migraine prevention strategy. A diet containing a wide variety of plants and minimal processed foods will also be of benefit by reducing general inflammation, regulating blood pressure and assisting in maintaining a healthy weight 5.

This is the most well known botanical medicine for migraine prophylaxis. (A fancy word for stopping them before they stop you!) Feverfew works on multiple pathways including reducing inflammation, reducing platelet aggregation and modulating serotonin 9. Studies that combined feverfew with white willow bark saw a decrease in frequency of attacks by 57% at 6 weeks as well as a decrease in the intensity of attacks by 39% 10. Clinically it has been observed that the regular use of Feverfew also seems to make conventional pain-killers more potent11.

White willow bark contains salicylic acid, the active ingredient in aspirin. (Although chemically speaking, aspirin is now a synthetic derivative with an acetyl group added to it). However, unlike aspirin, Willow bark is gentle on the digestive tract due to the protective effect of the other components of the plant 3.

Willow bark has both pain relieving and anti-inflammatory components and is often combined with Feverfew11.

Both ginger and ginkgo are beneficial for reducing inflammation and supporting circulation. Ginkgo also reduces the ability of platelets to aggregate 8,12.

If tension is a contributing factor cramp bark can help to relax smooth muscle.

For migraines related to the menstrual cycle Wild Yam, Tribulus, Shatavari and Chaste Tree may be of benefit 13.

Magnesium is deficient in up to 50% of migraineurs. Doses of 600mg day have been shown to reduce the frequency of attacks by 40% after 9 weeks use. This mineral works on multiple levels including increasing the threshold for an attack, inhibiting platelet aggregation, stabilizing mast cells and modulating serotonin and nitric oxide 2. Clinical experience suggests it may be most beneficial in people who have aura or pre-menstrual migraines 1. Magnesium may also have benefit when taken at the beginning of an attack.

As noted above reduced mitochondrial dysfunction is implicated in migraine. Coenzyme Q10 (CoQ10) is a key nutrient to support mitochondrial function and up to 75% of migraine suffers are thought to be deficient in this nutrient. Doses of up between 150-300mg/day have been found to reduce the duration and severity of an attack. Improvements were observed within one month with maximum benefit at 3 months 6,14.

Riboflavin or Vitamin B2 also supports energy metabolism and can reduce the frequency and severity of attacks by up to 68% when taken for 3 months. It is considered a safe and effective treatment and works well when combined with CoQ10 to supercharge your cellular energy 15,16.

There are a range of options available for diet, lifestyle, herbal and nutritional prevention of migraines. These will often work better when 2 or 3 are combined that suit your “flavour” of migraine. So be patient, persistent and work with a professional to put migraines back in their box!

Norelle Hentschel is a degree qualified Naturopath and operates a clinic in Crows Nest, North Sydney. She enjoys helping people feel better and can assist with a broad range of health conditions or general health maintenance.

Want more articles like this? Receive a monthly digest of natural health information to help you become “health” sufficient!

PS. Your inbox real estate is precious, and we will never annoy you with sales pitches or share your details with anyone else. One email a month — that’s it!